Around the world, black handprints are appearing on doorways, scorched there by winged strangers who have crept through a slit in the sky.

In a dark and dusty shop, a devil's supply of human teeth grows dangerously low.

And in the tangled lanes of Prague, a young art student is about to be caught up in a brutal otherwordly war.

Meet Karou. She fills her sketchbooks with monsters that may or may not be real; she's prone to disappearing on mysterious "errands"; she speaks many languages--not all of them human; and her bright blue hair actually grows out of her head that color. Who is she? That is the question that haunts her, and she's about to find out.

When one of the strangers--beautiful, haunted Akiva--fixes his fire-colored eyes on her in an alley in Marrakesh, the result is blood and starlight, secrets unveiled, and a star-crossed love whose roots drink deep of a violent past. But will Karou live to regret learning the truth about herself?[2]

From master storyteller and National Book Award finalist Laini Taylor comes a sweeping a modern fantasy about a forbidden love, an ancient and epic battle, and hope for a world remade.

Once upon a time, an angel and a devil fell in love. It did not end well.

On a mundane January day in the Czech city of Prague, Karou makes her way to school at the Art Lyceum of Bohemia. During her walk, she is startled by her ex-boyfriend Kazimir Andrasko, who is starting "vampire tours" in the city. Karou has disliked Kaz ever since their relationship ended, though Kaz continues to tease her. When Karou arrives at the school, she meets up with her friend Zuzana Nováková and heads to her first class - life drawing. She shows Zuzana her sketchbook, which is filled with drawings of strange characters: a woman with the lower body of a snake, a giraffe-necked creature, Yasri with her parrot beak, and ram-horned Brimstone. Class begins and Karou discovers - much to her dismay - that today's model is none other than Kaz. While posing, Kaz humiliates Karou by exposing a tattooed "K" on his chest. Touching her necklace of beads, Karou thinks about exacting revenge on Kaz. Later that period, while Kaz continues to model, Karou holds a bead between her fingers...and makes a wish. A small wish to make Kaz itch. She makes several more itching wishes until a suffering Kaz hastily exits the classroom.

After school, Karou and Zuzana spend some time at Poison Kitchen. The two are discussing ideas for art projects when Kishmish suddenly flies in, carrying a message from Brimstone to Karou that reads "Errand requiring immediate attention. Come.[3]" Karou leaves Poison Kitchen for Brimstone's shop, where she is greeted by Issa. When she finally approaches Brimstone at his desk, he reprimands her for arriving forty minutes late. Karou suggests he give her a gavriel-level wish that could make her fly, but Brimstone is skeptical of her capacity to use wishes for good, citing her petty vengeance against Kaz as an example. This irritates Karou, who points out that Brimstone primarily associates with despicable people who maim and kill in order to obtain teeth - for reasons she still does not know. Brimstone raises his voice in response, which causes her to back down. He then sends her off to Paris with a case of euros.

Karou immediately finds herself in Paris after exiting the shop through a portal-like door. Her errand takes her to a black-market auction located in a warehouse on the outskirts of the city. There, she finds and wins a three hundred pound, seven-foot-long pair of matching African elephant tusks. She is unable to persuade a cab driver to let her put the tusks at the back of the taxi, and is therefore forced to transport them by herself - on foot. It is tiring, but it also brings back memories of when Karou was recovering after being shot in St. Petersburg. She asked Brimstone if her life was truly worth much to him, and he replied by telling her that the body is nothing but an "envelope"[4] for the soul. Although her wounds healed, the St. Petersburg incident left her with a wariness towards her errands, one that she still feels as she continues to drag her elephant tusks across the Paris Metro. When she finally reaches her destination, a synagogue's outbuilding with a portal that leads to Brimstone's shop, she notices a scorched black handprint on the door. Fortunately, the door opens and Karou is greeted by Issa once more.

Meanwhile, people all over the world began to notice strange black handprints appearing on doorways - as well as winged shadows and fiery eyes.

Karou sees that Bain, a human hunter, is also in Brimstone's shop. To her annoyance, Brimstone gives Bain two gavriels. Even after explaining to Brimstone that he almost lost his tusks to another bidder because she didn't have enough money, Karou only receives a mere shing for her troubles. Twiga and Brimstone begin working on the tusks. Yasri presents Karou with horn-shaped pastries before serving tea to everyone. As she eats, Karou watches Brimstone string some teeth, which she correctly identifies as those of an Arabian oryx. Brimstone notes that antelope teeth are easy to figure out, and then gives her a mako shark tooth to examine. Karou has been trained to identify different types of teeth since she was young, but shortly after she comes up with her answer, a violent thud strikes the shop's other door. This second door is an absolute mystery to Karou and she is forbidden from finding out what lies on the other side of it. Since she is expected to leave while Brimstone does business behind that mysterious door, Karou walks out into Prague for a midnight stroll.

In Riyadh, a young man named Akiva burns a doorway that leads to Brimstone's shop. His fiery eyes and wings indicate that he is not human. After catching the attention of an old woman, he flies away to another city. There are still more portals to burn.

Once upon a time, a little girl was raised by monsters. But angels burned the doorways to their world, and she was all alone.

Once upon a time, an angel lay dying in the mist. And a devil knelt over him and smiled.

Once upon a time, there were two moons, who were sisters. Nitid was the goddess of tears and life, and the sky was hers. No one worshiped Ellai but secret lovers.

Daughter of Smoke and Bone was extremely well received by critics. Publisher's Weekly, Kirkus, School Library Journal, BCCB, and the Horn Book all gave it starred reviews.[5] Amazon.com named it one of the Top Ten Books of 2011, and the #1 Teen Book of 2011. 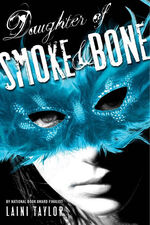 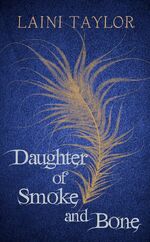 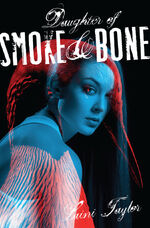 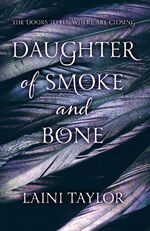 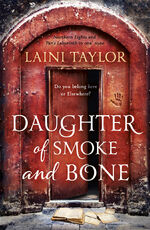 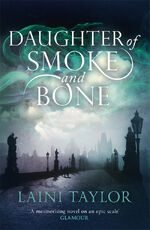 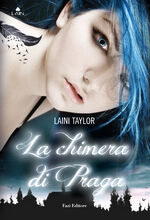 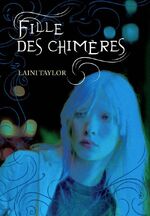 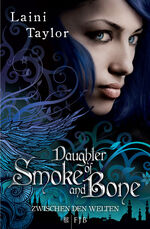 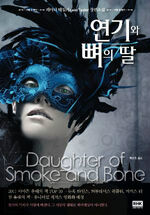 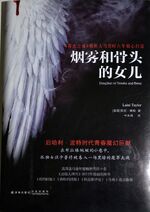 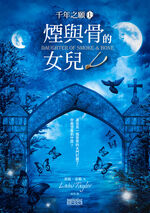 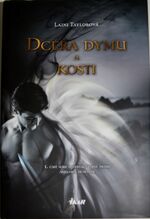 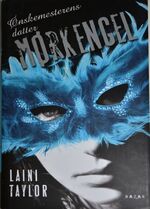 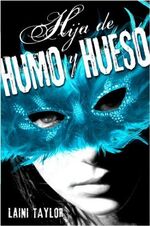 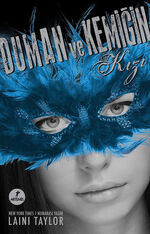 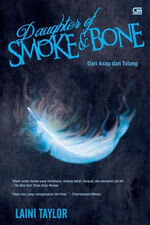 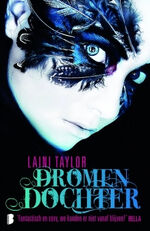 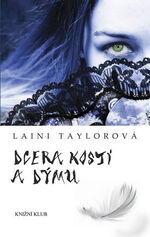 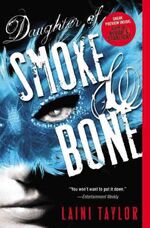