We're Getting Mutants in the MCU - The Loop

Razgut is a Fallen seraph. A grotesque creature, he clings to Izîl's back and supposedly knows the very secrets that Izîl wished for. Invisible to the naked eye, his presence is indicated only by the shadow he and Izîl cast. However, his presence is also the steep price that Izîl pays for his wish.

Razgut is often noted to be hideous, bearing little resemblance to the beautiful seraph he once was. His purple-hued head and chest are swollen and bloated. He has thin arms and his dangling legs have been rendered useless. Still, he does bare traces of the perfect angel he used to be. He had almond eyes, a finely-shaped nose, full lips, and perfect white teeth, all incongruous on his bruised face. His back bears remnants of broken wing joints.

Due to all that he has suffered, Razgut is deeply unstable. He is proven to be disgusting and rather evil when provoked. He is also perverted, as he once asked Izîl, the man he was once attached to, if he could lick Karou. Razgut also misses the way he used to be, and says on frequent occasions that he just wants to go home, to be whole again, and able to fly again.

Razgut belonged to one of the many seraph tribes that inhabited the seraphim's home world, Meliz, long before the seraphim colonized Eretz.

He was sent to the capital of the realm with the hopes that he would become one of the chosen for the magi's plans. After many trials and tests, he was among the twelve selected - Faerers - by the magi to explore and map other worlds and carry their light across the Universe, and they were venerated by all the other seraph for what they believed the enterprise would bring.

As the twelve were split in two groups of six, Razgut's travel companions were Elazael, Iaoth, Dvira, Kleos and Arieth. Together they traveled for many years through the portals made by the magi, exploring other worlds and mapping what they discovered.

However, not all the portals were fit to be used, and Razgut's six punctuated through a portal that allowed the Nithilam - great big monsters that traveled through the darkness of space and could devour entire worlds - to pass through and gain access to every world the group had previously visited. While two stayed behind to fight the monsters, the other four, including Razgut, fled back to the portals while the Nithilam ate the worlds behind them, and managed to make it Meliz to warn the seraphim of the coming of the monsters.

Despite the warning, only a few seraphim were able to escape to Eretz - by use of another portal - while the rest of the population, along with Meliz, got devoured by the monsters.

Once they were safely out of the monsters' reach - thanks to the Stelians closing the portal to Eretz and holding the Nithilam back - Razgut and his group were charged with the blame and sentenced to exile. Their wings were ripped and their legs broken, and they were thrown out through four different portals that connected Eretz to Earth, where they were to spend the rest of their lives in penance for what they had done.

Karou sees Razgut when she visits Izîl because the Fallen seraph is attached to his back as a side effect of the knowledge that the former wished for from Brimstone. After Izîl kills himself, Razgut, it turns out, survived the suicide attempt and Karou finds him while looking for Izîl. He offers to bring Karou to a portal to the other world in return for a wish to let him fly again.

At the end of the novel, it is unknown what happens to Razgut, but Akiva assumes that Karou goes to him to find the portal after finding out Akiva's part in the plan to massacre the chimaeras by cutting Brimstone off from the human world.

Days of Blood and Starlight

Razgut makes a reappearance when Seraph soldiers find his broken body on the ground. When they bring him to Jael, the Fallen Seraph is quick to beg for help and reveals that Karou was the one who helped him return home. He does not appear again after giving Jael this information.

Razgut did mention a seraph girl he once cared for long ago, before he left to explore the other worlds. He wrote a letter for her that promised he would remember her always. He doesn't remember her face or name. 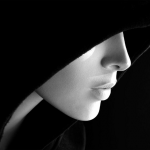